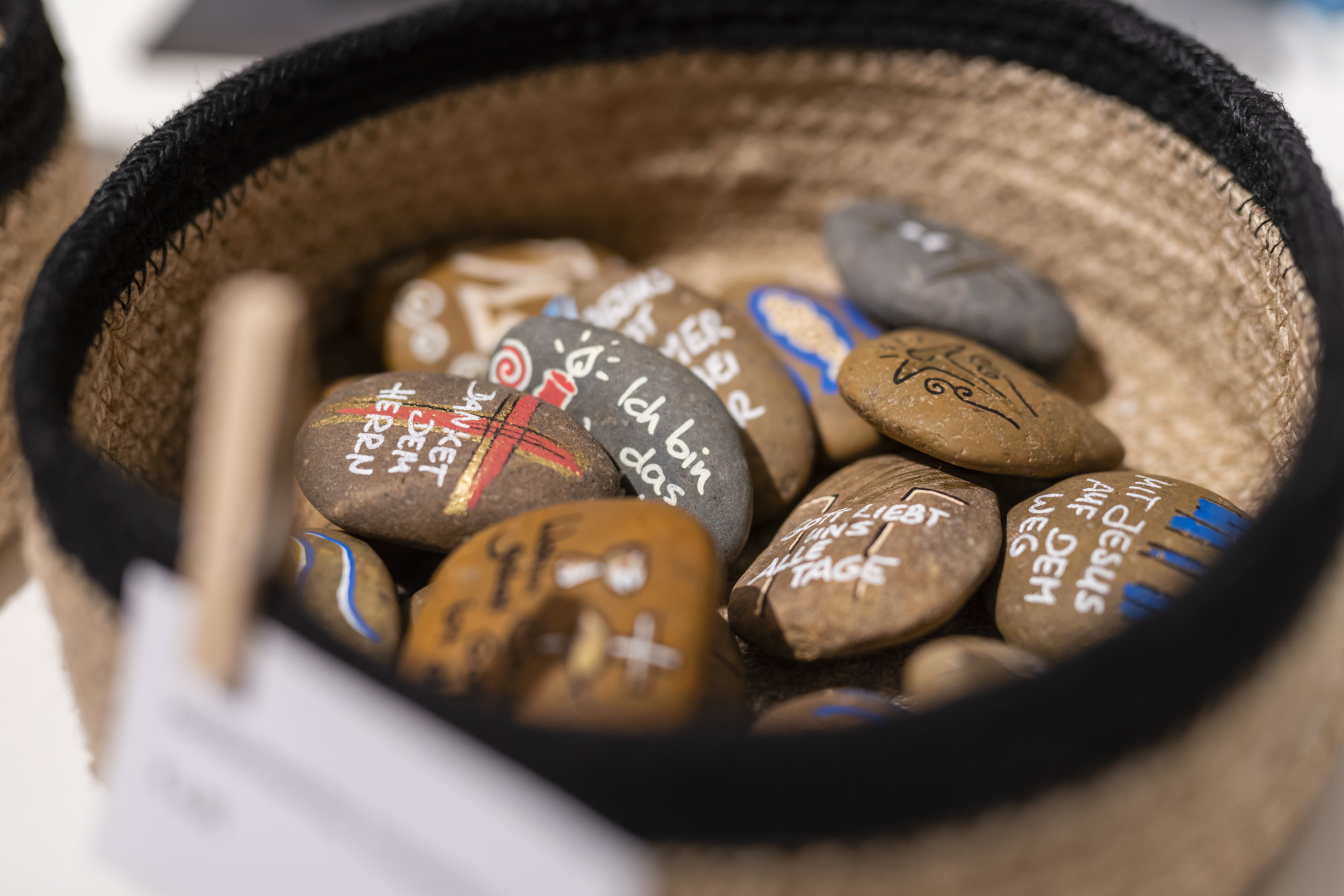 Managing Director of the BAVARIAN BIBEL MUSEUM and the Bible Centre 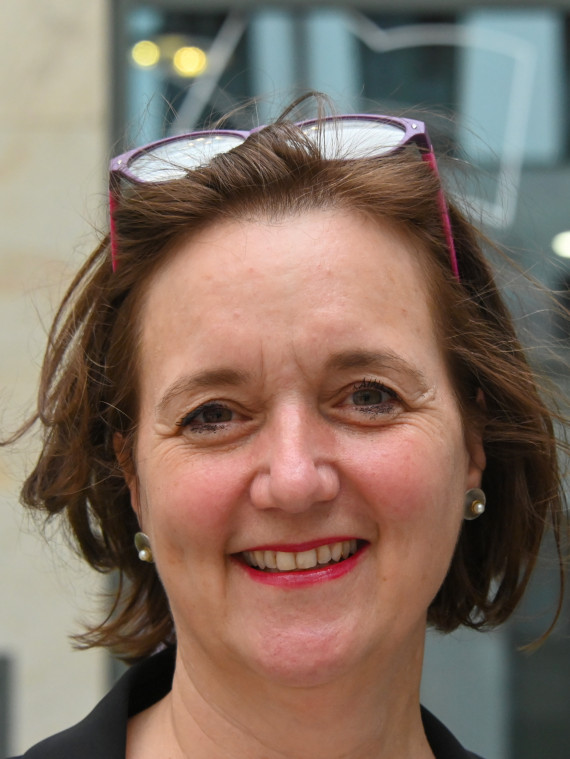 “Above all, vitality comes from feeling enthusiastic about something.” E. Ferstl

Astrid Seichter was born in 1968. Following her graduation, she spent a voluntary social year studying religious education and church education, and then went on to spend several years teaching in various schools in Munich and Nuremberg. From 2000-2014, she served on the delegation of the Evangelical Lutheran Church to the Arts and Culture Education Centre (KPZ) of the Nuremberg Museums, where she was responsible for presenting ‘Religion in Museums’. From 2013-2016, Astrid worked as a project manager for the Forum for Adult Education in Nuremberg, with a special emphasis on ‘Strengthening adult education in the community and region’.

Astrid Seichter became the Pedagogical Director of the Bavarian Bible Centre in September 2014. She has been serving as its Deputy Managing Director since November 2021. She was also a member of the conceptual team who created the permanent exhibition and communication strategy for the new BAVARIAN BIBLE MUSEUM.

Areas of responsibility:
-Management
-Educational and outreach work at the BAVARIAN BIBLE MUSEUM
-Conceptual work for the new museum exhibitions 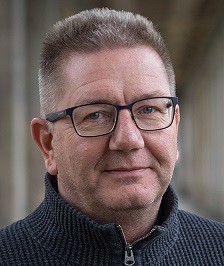 After studying Protestant theology in Marburg with a special focus on biblical archaeology, prehistory, early history and classical archaeology, Martin Peilstöcker continued his doctoral studies at the University of Tel Aviv. He participated in numerous excavations in Israel and Jordan during that time, and he also worked for the Israel Antiquities Authority from 1994 to 2009 in various fields. Once back in Germany, he pursued teaching and research activities at the Johannes Gutenberg University in Mainz from 2009 to 2016, and at the Humboldt University in Berlin from 2016 to 2019. From 2009, Martin served as both a curator and the head of the archaeology department at the Bibelhaus Erlebnismuseum (BIMU) in Frankfurt am Main. He was also a visiting scholar for the Seminar for Old Testament and Biblical Archaeology at the Gutenberg University in Mainz.

Martin Peilstöcker has been a Research Associate at the BAVARIAN BIBLE MUSEUM in Nuremberg since 2019. 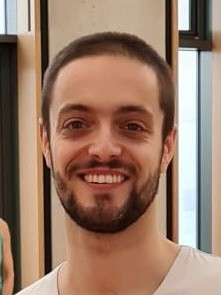 “There’s business in culture, and culture in business.”

Following his graduation in Nuremberg in 2011, Felix Linsmeier attended the University of Passau, where he received a Bachelor’s degree in European Studies with a focus on English and Philosophy. Remaining in Passau, he subsequently received a master’s degree in International Cultural and Business Studies, with a focus on business administration in strategy and entrepreneurship, cultural studies and intercultural communication. From 2015 to 2019, Felix sat on the board of the European umbrella organisation ‘Quidditch Europe’, and from 2016 to 2019 he was also responsible for its project management, tournament operations and finances.

Felix Linsmeier has been the Business Management Officer at the BAVARIAN BIBLE MUSEUM in Nuremberg since 2022.

Assistant to the Management and Public Relations Officer 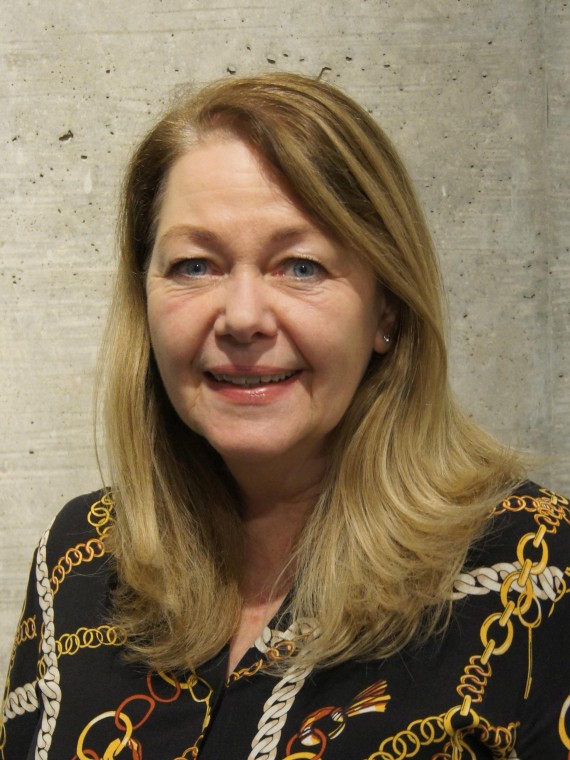 Birgit Murmann became a state-certified business economist for managerial finance after studying in Nuremberg from 1995 to 1998. In 1999, she received her training certificate for the commercial sector from the IHK Nuremberg. Subsequently, she worked in her own family business as the office manager for 13 years. Alongside her work as an office manager, Birgit also conceived and lectured in the workshop series Women and Money from 1999 to 2005. In 2007, she discovered a passion for stone art, and in 2010 for painting.

Birgit moved to Munich in 2002 but returned to Fürth near Nuremberg in March 2018. She has gained many years of experience as both an assistant to boards of directors and as a personal assistant to a Munich VIP. From November 2007 to May 2008, Birgit provided project support during the formation of a start-up company in New York. She has been active in press and public relations work for many years.

Birgit Murmann has been the Assistant to the Management and the Public Relations Officer at the Bavarian Bible Centre since April 2021.

Areas of responsibility:
-Project and meeting management
-Action planning in the area of marketing
-Fundraising and acquisition of third-party funds 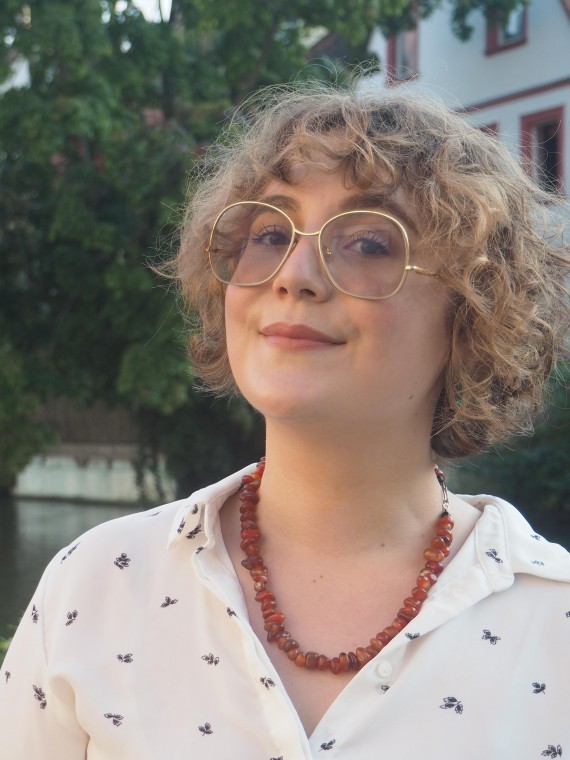 “I’ve never tried this before, so I’m certain I can do it!” Pippi Longstocking

Hanna Buhl studied at the Otto Friedrich University of Bamberg, focusing on medieval book illumination and religious objects. She subsequently worked as an auxiliary researcher for the Chair of Art History there and on the BMBF project The Church Portal in the Middle Ages. During that time, she founded the Working Group for Art History and served in the position of ‘Institute Contact Person’ for the Student Council. Following her time in Bamberg, Hanna completed an internship as an assistant to the Head of Fine Arts at the Rijksmuseum Amsterdam, where she also took part in international business meetings and participated in the conception of both the museum education programme and the Rembrandt–Velásquez: Dutch & Spanish Masters exhibition. After completing her master’s degree, Hanna worked as a freelancer at the Museum Educational Centre in Munich. Since December 2019, she has been an honorary board member of ‘The Friends of Museums Around Bamberg Cathedral’.

Hanna Buhl became the Museum Educator at the BAVARIAN BIBLE MUSEUM in Nuremberg in 2022. 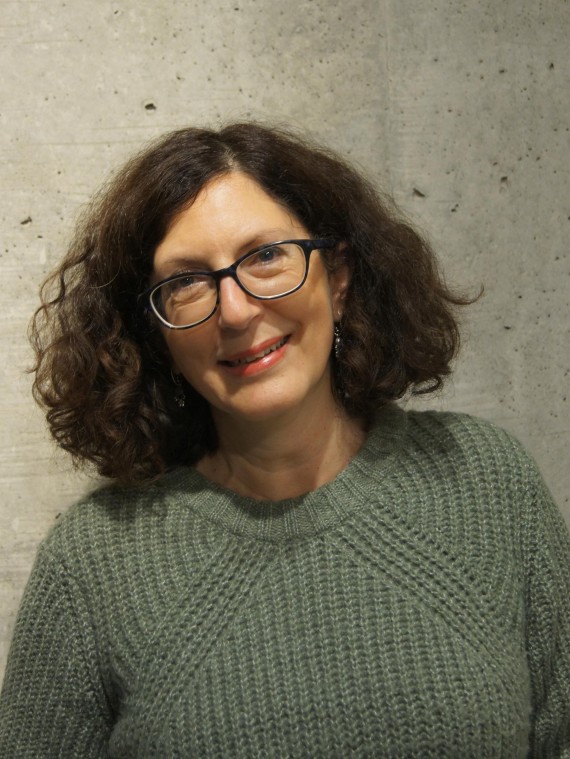 “My work here allows me to live out my passion for books, meet interesting people, and spice up our content communication with some (southern European) accents and temperament.”

Monica Giorgetti was born in Rome (Italy). She studied Literature and Medieval Art History at Rome’s Sapienza University. Since moving to Nuremberg in 1994, Monica has worked extensively as a certified and passionate City Guide. She provides historical tours through Nuremberg in both her native Italian and in German. Monica is active as an Art Mediator and an Adult Educator in various cultural institutions.

Monica Giorgetti has been working as an Educational Assistant and Shop Team member at the Bavarian Bible Centre since March 2021. 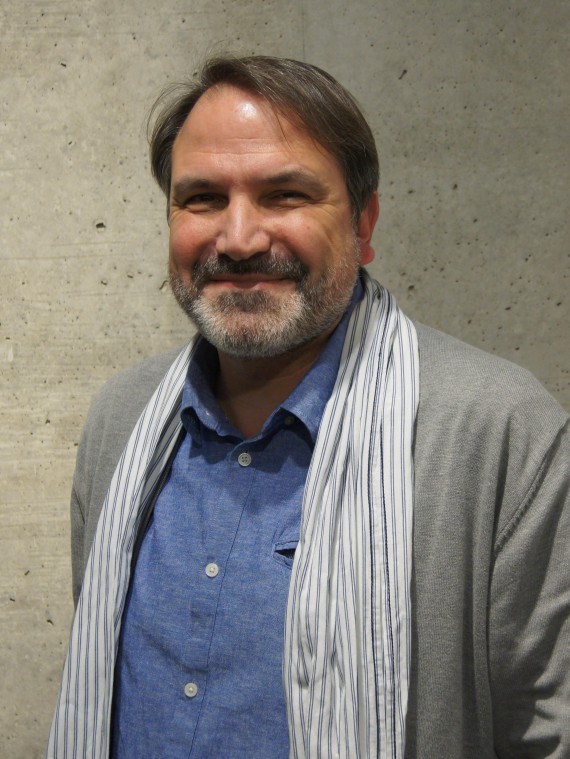 “Museums preserve the scientific and cultural heritage of mankind. They pass on our scientific knowledge and our cultural achievements to society as a whole.”

After graduating from high school, Sven Lichtenecker studied Comparative Religion, the History of Religions, and Catholic Theology and Philosophy at the Johann Wolfgang Goethe University in Frankfurt am Main. His special focus lay in Hinduism, Islam and Biblical-Historical Theology. He has taken part in numerous research stays in India, Israel and other countries of the Eastern Mediterranean. Following his M.A., Sven remained at the Johann Wolfgang Goethe University, where he worked with the Professorship for Religious Studies and the Martin Buber Professorship for Jewish Philosophy of Religion from 2003 to 2006. Between 2016 and 2020, Sven also worked as a Lecturer in Religious Studies at the Johann Wolfgang Goethe University. In 2016, he held a Lectureship in Old Testament Studies at the Julius-Maximilian-University in Würzburg.

Since 2004, Sven has been a member of the conceptual and educational team for the Bibelhaus Erlebnis Museum in Frankfurt. He initially joined that museum as a freelancer, but then took up a permanent position with half-time employment. Since 2013, he has also worked as a freelancer for conceptual and educational work at the Saalburg Museum in Bad Homburg, and since 2015 at the Hessenpark in Neu-Anspach.

Sven Lichtenecker has been a Research Assistant at the BAVARIAN BIBLE MUSEUM in Nuremberg since 2019. 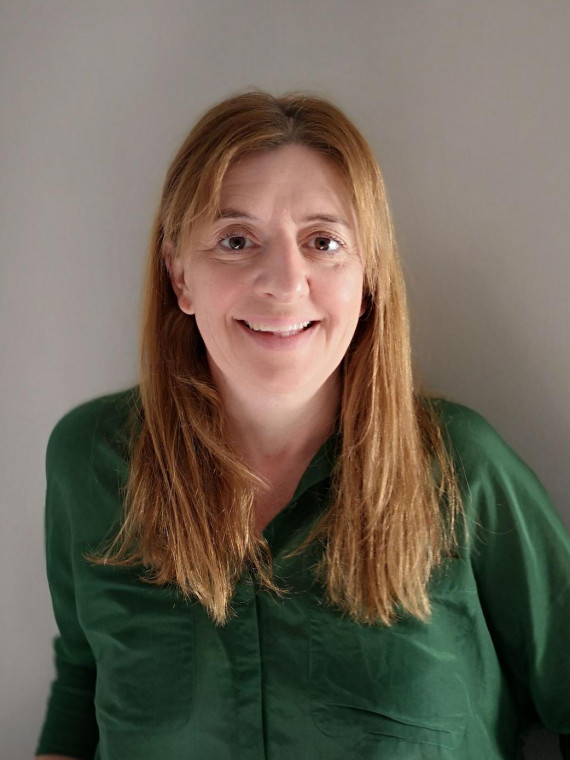 "Every successful museum visit begins and ends in the museum shop. It’s where you get into the mood for what’s to come, and where you find those special souvenirs to say goodbye with.”

Carolin Deubel was born in Nuremberg in 1977. She graduated from the Wolfram-von-Eschenbach Gymnasium in Schwabach in 1997, and subsequently received a Master of Arts in Classical Archaeology and Art History from the Friedrich Alexander University in Erlangen-Nuremberg. During her studies, Carolin worked for such well-known Nuremberg galleries and outlets as Mobilia Wohnbedarf and Galerie Lindig in Paludetto. Following her graduation, she took up a position at the Walther König Bookshop for Art, Design, Architecture and Photography in Nuremberg’s Neues Museum. At the same time, she also worked in the Mobilia Design Shop section of the Neues Museum shop, with a special focus on decoration and product presentation. Since 2010, Carolin has worked as a freelancer in the fields of interior and garden design as well as in the sale of furnishings and decorative objects.

Carolin Deubel has been the Head of the BAVARIAN BIBLE MUSEUM Shop Team since March 2022.

Areas of responsibility:
-Selection of books and articles
-Merchandise presentation
-Advice and sales 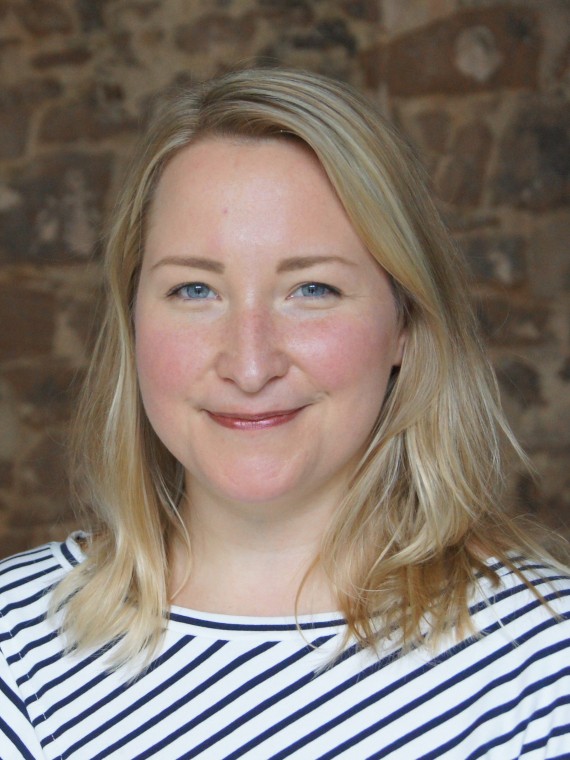 “Museums turn history into exciting narratives that people love to hear and pass on.”

After graduation, Antonie Bassing-Kontopidis attended the Friedrich Alexander University in Erlangen-Nuremberg, where she received a Master of Arts for Archaeological Sciences with a focus on Christian Archaeology and Art History. From 2013 to 2017, she worked as a Research Assistant to Prof. Dr. Carola Jäggi at the Chair for Medieval Art History and Early Christian Archaeology, High and Late Medieval Period, in the Institute of Art History at the University of Zurich. Since 2016, Antonie has also been Prof. Dr. Jäggi’s PhD student.

Antonie Bassing-Kontopidis has worked as an Assistant to the Management at the Bavarian Bible Centre since October 2017. She is currently on parental leave until October 2022.